A very good and productive time indeed for Team Mt. Zion on May 19 in Oxford.  Burns Belfry Museum Curators Amy Wilkes and Robrecus Toles were most helpful in helping us prepare for the morning work session at the historic former Burns United Methodist Church building, the perfect spot for any MZMF function with its amazing collection of displays portraying the history of the struggle for African American civil rights. During the morning session we exchanged thoughts and ideas for refining the MZMF mission statement, discussed possible contacts to aid in researching projects, and general concerns including the need to involve as many community members or “stakeholders” as possible while maintaining integrity through our focus on research-based information.  We discussed the potential of various community contacts such as city council members, county sheriffs and supervisors, in facilitating research and community relations.

Visit to the Ajax Diner in Downtown Oxford

We thoroughly enjoyed our noon break at Ajax Diner where my friend Randy Yates personally served us his award-winning southern cuisine.  It was a great opportunity for us to bond further as a team in a relaxed setting. Then on to St. Andrew’s UMC for our afternoon work session as the Belfry is open to the public during afternoon hours.

During the afternoon session we discussed a list of planned restoration projects made possible in part through our SHARP grant.  Target dates (in approximately chronological order)

After adjourning we carpooled to the Chulahoma community (of Junior Kimbrough fame) near Holly Springs to participate in making a video on the work of Team Mt. Zion, produced by our man TM Garret at his newly-completed studio. The scenery and moderately-cool breezes of the North Mississippi Hill Country were refreshing as we waited for our turns to be interviewed by our Project Director, Dr. DeWayne Moore. TM and his wife, Carmen, made us feel most welcome and fed us a delicious spaghetti supper at the end of our busy day. The hearts and minds of Abdulrahman Ajibola, Shannon Evans, and Emily Hilliard along with DeWayne Moore’s thoughtful and dedicated leadership, are enabling the MZMF to realize its mission through the administration of these significant projects.

On May 26 Abdul and I visited Ashland Mississippi to generate contacts regarding Nathan Beauregard and attempt to locate the gravesites of Beauregard’s family at Shiloh Missionary Baptist Church.  Upon arriving in Ashland, I decided on a hunch to visit the Benton County Courthouse where I met Justice Court Clerk Felicia Washington who is the daughter of one of the Shiloh MB Church members, Doris Strickland.  Ms. Washington gave me Ms. Strickland’s cell phone number and I contacted her with a voice mail before Abdul and I headed to the cemetery.  While at the Shiloh cemetery I located the grave of Hattie Bogard, perhaps a relative of Nathan Beauregard.

Ms. Strickland returned my call the following day. I explained our mission regarding the Shiloh cemetery; she gladly provided me with another contact at the church, whom she told me she was on her way to visit at the time of our conversation.

Later I corresponded with Bob Jacoby, a Benton County resident who knows local blues artist Little Joe Ayers. Bob noted that Nathan Beauregard’s sister, Pearl, is buried in another cemetery outside Ashland but did not mention its name.  He added that many who knew the Bogard family, as well as a longtime pastor at Shiloh who would have been familiar with church history, have passed. 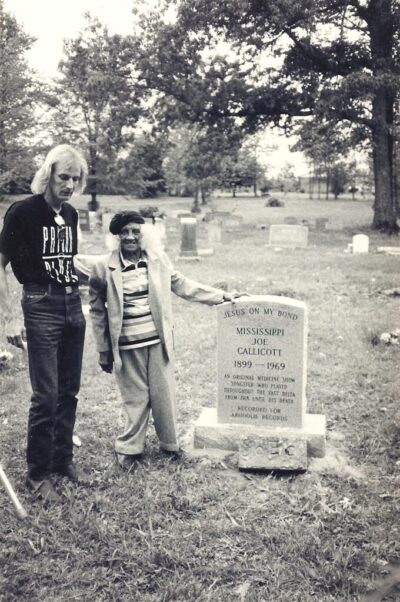 It was not an easy walk from Mt. Olive Church Baptist Church to the adjoining cemetery located in the small hamlet of Nesbit, Mississippi. The hilly landscape was pitted with holes, yet ninety-two-year-old “Doll” Callicott beamed with excitement. With each step she took with her metal walker, she became more determined to visit the grave of her husband and to view the brand new granite headstone marking his significance in the development of popular music around the globe. Supported ever so carefully by the tall, fair-haired Kenny Brown, “Doll” reached the summit and gazed for the first time at the words inscribed deep in stone:

Jesus on My Bond
Mississippi Joe Callicott
1899 – 1969
An Original Medicine Show Songster
Who Played Throughout the Vast Delta
from 1918 Until His Death.
Recorded for Arhoolie Records 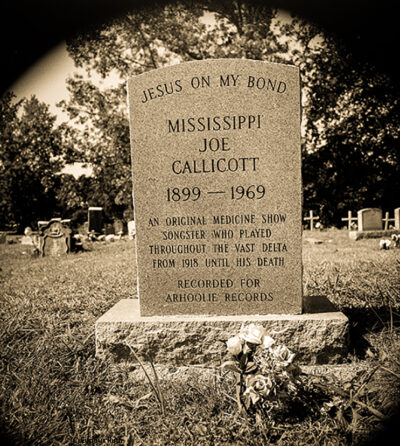 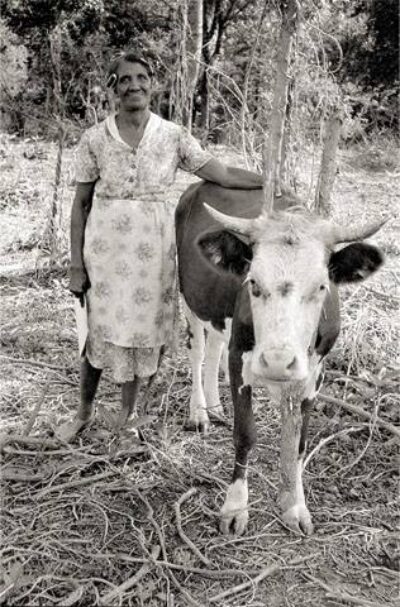 For both Doll and Kenny, who viewed Joe Callicott as a father figure, it was indeed a moment charged with emotion. Watching her face, he tentatively awaited Doll’s reaction and smiles slowly grew across their faces. “He was a great, great man,” exclaimed Brown, recalling fondly the man who taught him to love music and to play guitar.

In 1960, Kenny Brown was not happy at all about moving with his family to the tiny hamlet of Nesbit on Pleasant Hill Rd. In his pre-teen years, he was introduced to the world of fife and drum bands and country picnics, but he was restless, somewhat torn between being at odds and coming to grips with his own talent as a musician. In 1964, Brown’s decision to go talk to the old man who had moved in next door, who was rumored to have a famous past, helped break him out of his funk. “Inside there was a pot-bellied stove,” he recalled, and Joe Callicott sat on the front porch playing guitar every afternoon. The music of Callicott called out to him in much the same way as the Sirens of Homer’s Greek Odyssey. Once he set his mind to learning the guitar, Brown recalled, “he taught me like a father.” A slightly older North Mississippi musician, Bobby Ray Watson, who also visited the Callicott home as a student on a regular basis, served as a cultural bridge for many aspiring guitarists. Watson, for example, introduced the young Kenny Brown to the larger musical world of the hill country, specifically a harmonica master named Johnny Woods from Pleasant Hill and another hill country blues guitar legend named Fred McDowell, a most pleasant result of Brown’s attendance at the 1969 Memphis Country Blues Festival. 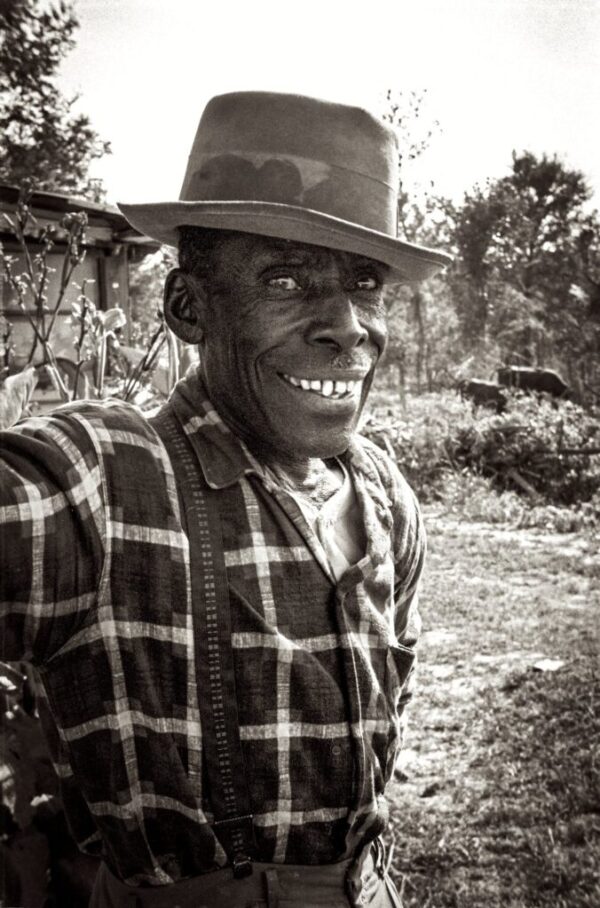 “Although he probably realized only about $300” from the record company,” says Wardlow, “it meant instant acceptance. He was treated like the president of the United States.”  According to Wardlow, Callicott was born in DeSoto County, grew up playing music as a teenager, and working in the fields and levee camps. Drawn to Memphis by record companies set up in the Peabody Hotel, he accompanied another musician initially rather than record solo. “He came back later and made a recording.  He was a real solid guitar man; played Memphis style guitar,” Wardlow explained, in the same vein developed by Memphis songster Frank Stokes, who the Mt. Zion Memorial Fund also memorialized in June 2016 after Memphis author Robert Gordon contacted current MZMF director DeWayne Moore.  A headstone now adorns the long unmarked grave of Stokes in the abandoned Hollywood Cemetery in Memphis. 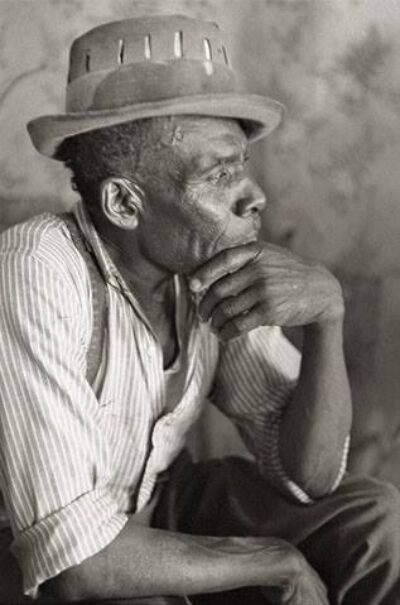 Callicott was close to both Bobby Ray Watson and the younger Kenny Brown, explained “Doll” Callicott.  She admitted that she was much like a mother to Brown, and their relationship had indeed continued since Joe’s death in 1969.  In 1995, however, she lived in Memphis with cousins, several of whom quickly brought up potted flowers she had been saving for the occasion. Joe’s vintage guitar even came out into the light for the dedication of his new marker.

After two dues-paying decades in construction work, Kenny Brown became a fulltime musician around 1990. He and R.L. Burnside had just returned from a successful tour of California and Canada. Acknowledging his long-standing debt to Callicott, Brown contacted Skip Henderson, of the Mt. Zion Memorial Fund, who organized the dedication in Nesbit.  It was the sixth memorial of the organization’s first twelve from 1990-2000.  The marker was unveiled on April 29 in Nesbit for Callicott.  The MZMF managed to secure $1,300 in royalties from Arhoolie Records in El Cerrito, California.  Skip Henderson presented the money to the musician’s widow, who, upon receiving it, exclaimed, “Joe’s been holding out on me!”  Henderson admitted, “It’s all pretty incredible.  Even though Callicott died in 1969, his wife was still alive at age 93, and she  now got $1,300 from her husband’s old records. 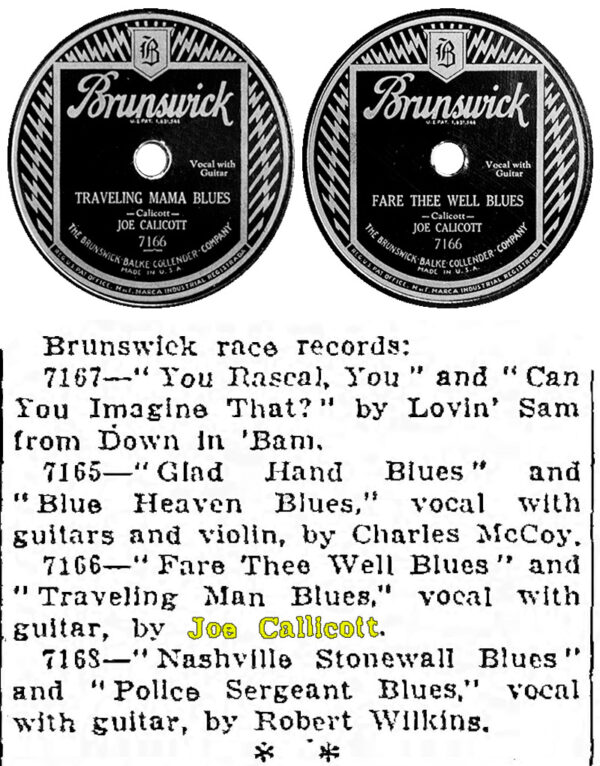