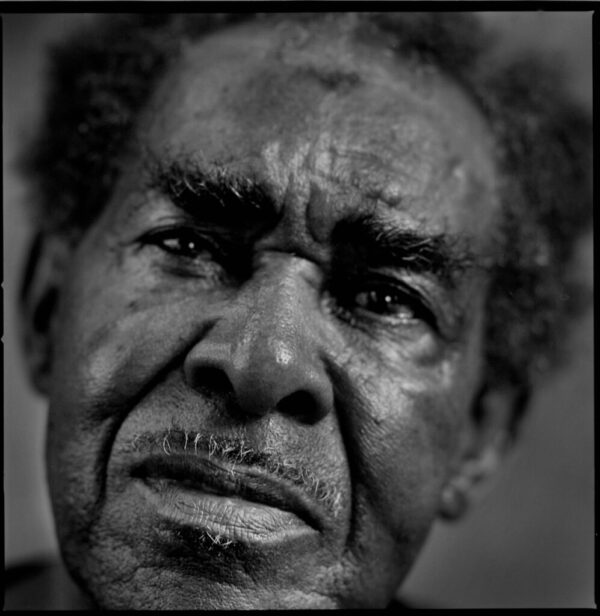 “The story of T-Model Ford’s life often seemed too tall to be true, even by blues standards,” commented one obituary for the blues singer in 2013. One writer for Observer Music Monthly, in fact, described his early life as a “horror story.” He lost a testicle before the age of ten, because his father beat him with a piece of firewood, and his ankles bore the scars of his time working on the chain gang. One of his wives slashed his throat, which left a noticeable scar across his neck. Ford, in addition, had been shot, stabbed, pinned under a fallen tree, and beaten with a metal chair. His first wife left him for his own father, and another wife drank poison and died trying to induce a miscarriage. The only woman he ever really loved poisoned his breakfast one morning; he woke up in the hospital and “never saw her again.” It was not until the mid-1970s, however, that he picked up his first guitar.

On June 24, 1921, sharecroppers Jim and Annie Ford had their third child, James Lewis Carter Ford, while living along Highway 80 in rural Beat 2 of Scott County.[3] Though one census enumerator noted that he made it through the fourth grade in school, Ford had to wait until he was older to develop his reading and writing ability. He worked on the farm as early as a young man, and he continued to labor alongside his father into his late teen years.[4] When he secured a position at a local sawmill, he managed to impress an agent for a large lumber company in the Delta, near Greenville, which later recruited the quick study, eventually promoting him to truck driver. 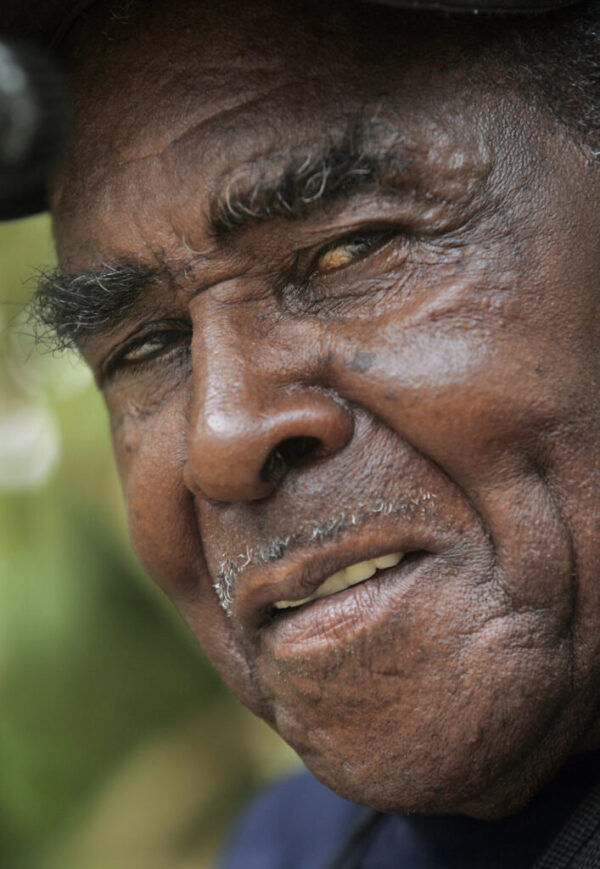 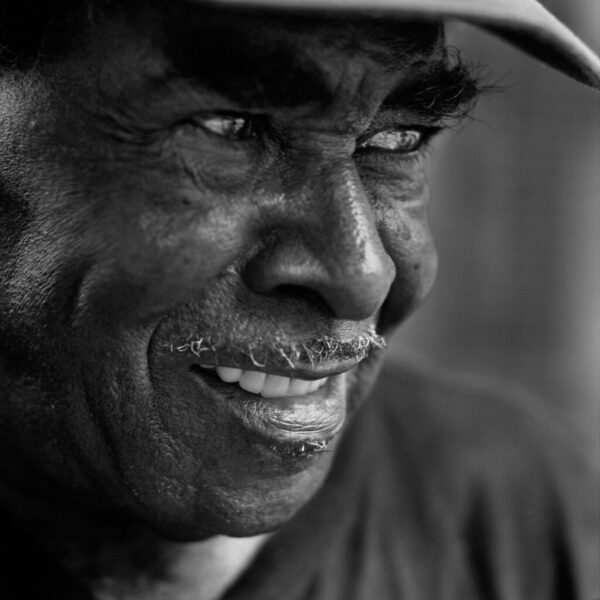 Though Ford was sentenced to ten years in prison for second-degree murder, he managed to secure an early release after serving only two. Grinning, he revealed to one writer, “I could really stomp some ass back then, stomp it good. I was a-sure-enough-dangerous man.” Though granted an early parole, he continued to come into conflict with local law enforcement in Washington County, which boasted a number of rural juke joints around Leland as well as a thriving nightlife along Nelson Street in Greenville. Ford claimed to have had six wives and fathered twenty six children during his lifetime. Being a ladies’ man in the Delta, however, was often a dangerous endeavor.[5] A survey of newspaper articles in the Delta Democrat Times reveals the potential for violence in the social atmosphere of rural juke joints and night clubs. In October 1953, for example, the Little Milton Band performed in Greenville at Earnest Horton’s Café. When “the lights were low [and] the band was just beginning to play,” a young woman pulled a knife and stabbed drummer Theophlies Hurd in the arm.[6] In the early months of 1951, the music, dancing and dice games at Big Son’s Place in Metcalfe attracted so many people that traffic was sometimes blocked along the highway. Will Smith, operator of the popular night club, soon attracted the attention of local police, who later arrested him for public drunkenness and threatening to shoot another man for making advances on his ex-wife.[7] Ford’s numerous marriages, along with his other unfortunate experiences coming up, led him to adopt a tough, “dangerous” posture to maneuver in the hostile social climate of the Delta.

Music writer Will Hodgkinson, who interviewed Ford for his book, Guitar Man, learned that the late-blooming bluesman started playing the guitar after his fifth wife left him in the mid-1970s; she did not take her guitar, however, which Ford regarded as a “leaving present.”[8] Without the ability to read music at all, he trained himself, Hodgkinson observed, and thusly had a difficult time explaining his musical style. Ford simply “played by ear,” working out a distinct style of playing by imitating the sounds of certain admirable musicians—in Ford’s case, the guitar licks on the records of Muddy Waters and Howlin’ Wolf. According to one reviewer of his first full-length record, Pee-Wee Get My Gun (1997), Ford “didn’t play the way most people do.” Over the top of “extremely elastic rhythms, he growls and mumbles bits of other songs and his own violent warnings against unfaithful women and musical rivals.”[9] 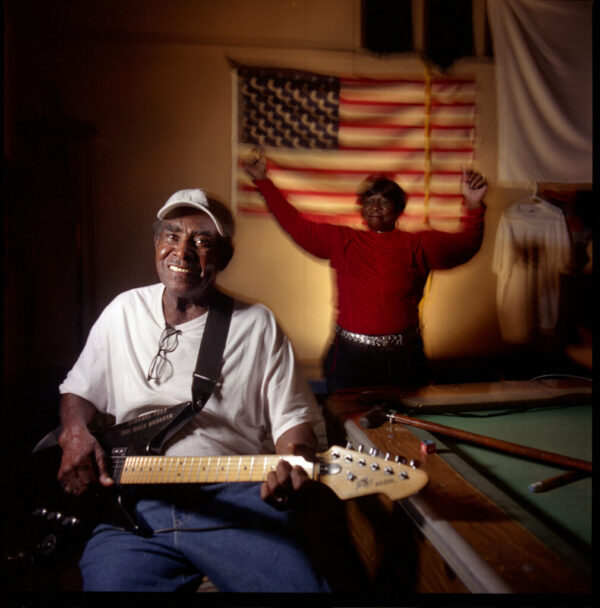 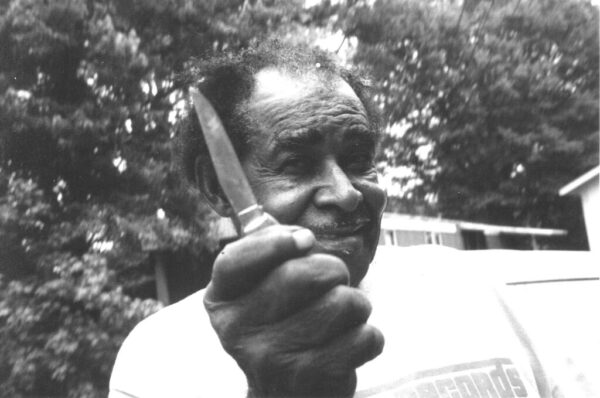 It was during the early 1980s that Ford started to perform rather than patronize the rural juke joints and other sketchy venues in the Delta.[10] “To get a solid earful of savage mutant-bluesoids,” music writer Robert Palmer argued in mid-1980s, “you had to hang out in joints so dangerous they should carry the Surgeon General’s warning sticker.”[11] In rural haunts as well as the occasional blues festival, Ford performed with other Mississippi blues artists of his generation, such as harmonica player Willie Foster and drummer Sam Carr. In the fall of 1991, he recorded his first single, “Tell Me What I’ve Done,” which also featured his version of “The Broken-Hearted Man,” by Booba Barnes & the Playboys. He later complained to one journalist that a “good part” of the money from that single went to cover travel expenses to record it in Memphis.[12]

In 1995, Matthew Johnson “discovered” and recorded the music of Ford on his label, Fat Possum Records, under which he released five albums from 1997 to 2008. Johnson, who one writer described in 2003 as the “disheveled, hard-drinking, fiercely iconoclastic founder” of Fat Possum Records, informed that “T-Model Ford got robbed for 2,000 dollars” after “someone threw a brick through his window” in Greenville, “one of the worst shitholes in America for violence and crack and degenerate goddamn madness.” Though Johnson implored that he wanted to get Ford “out of there,” he explained that the blues singer just “won’t leave.”[13] Ford, indeed, remained a resident of the Mid-Delta city until his death. 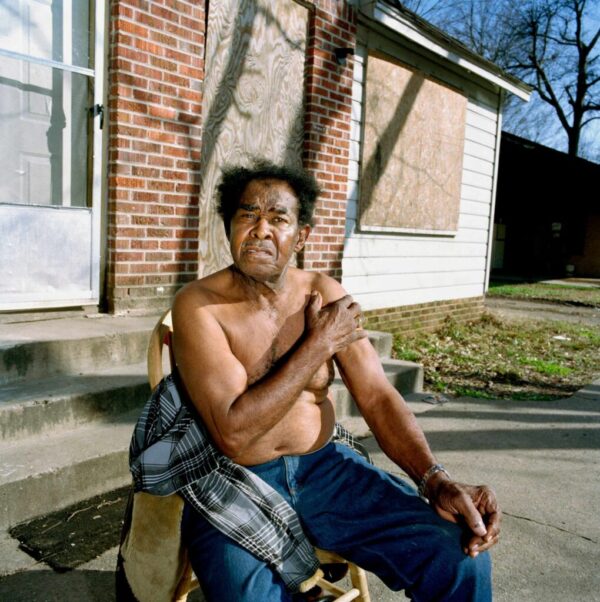 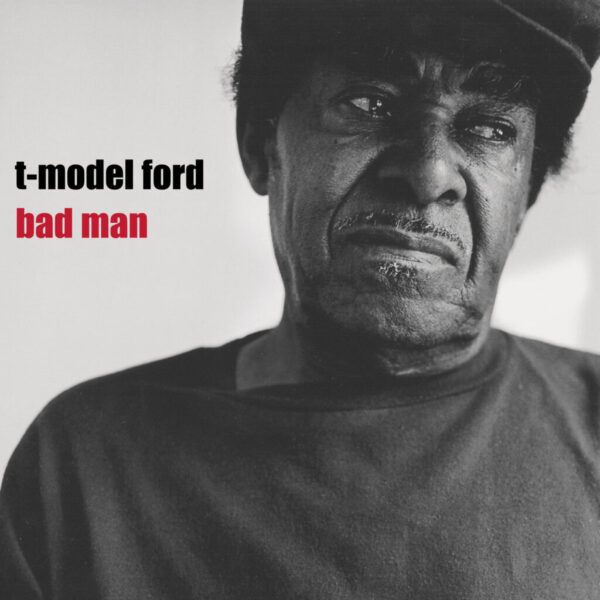 In July 2008, the Seattle-based band GravelRoad agreed to serve as the backup band for Ford at the Deep Blues Festival in Minnesota. Being longtime fans of Ford, the band also decided to backup the blues singer on a ten-show national tour through the rest of the summer. Ford had a pacemaker installed after the tour, but it did not slow down the elderly musician. GravelRoad, according to one review of a 2009 performance, “followed him through every turn in the music, came in strong with every song and made T-Model sound better than he’s been in years. They gave T-Model’s music drive and energy where there has been sloppiness. They made him sound like a man reinvigorated. This music had power.”[14]

He continued to appear with GravelRoad until he suffered a stroke while on tour in early 2010. Even though he experienced some difficulty with mobility in his right-hand, Ford managed to complete the successful tour with Gravel Road. Ford and GravelRoad opened the third day of the All Tomorrow’s Parties Festival in New York during Labor Day weekend before concluding the tour with an appearance at the Pickathon Festival in Oregon. GravelRoad also backed Ford on his last two albums, The Ladies Man and Taledragger, both released by Alive Naturalsound Records in 2010 and 2011, respectively. 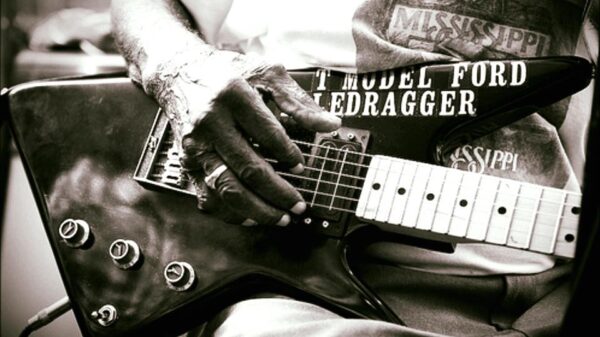 Ford suffered a second stroke in the summer of 2012. Though he curtailed his public appearances, he managed to perform in October at the King Biscuit Blues Festival; he had performed at the inaugural Helena, Arkansas event in 1986 with drummer Sam Carr and harmonica player Willie Foster.[15] One Minnesota blues enthusiast noted in 2013 that “Mississippi cult hero” T-Model Ford had recently “suffered several strokes and other hardships.” The tragic events prompted Minneapolis blues artist Ken Valdez, who crossed paths several times, and even wrote a song, with Ford, to release a new record, Jack Daniel Time—A Tribute to the Legendary T-Model Ford. In addition to a benefit concert and silent auction, he hoped to raise funds for the ailing blues singer by promoting the album.[16] 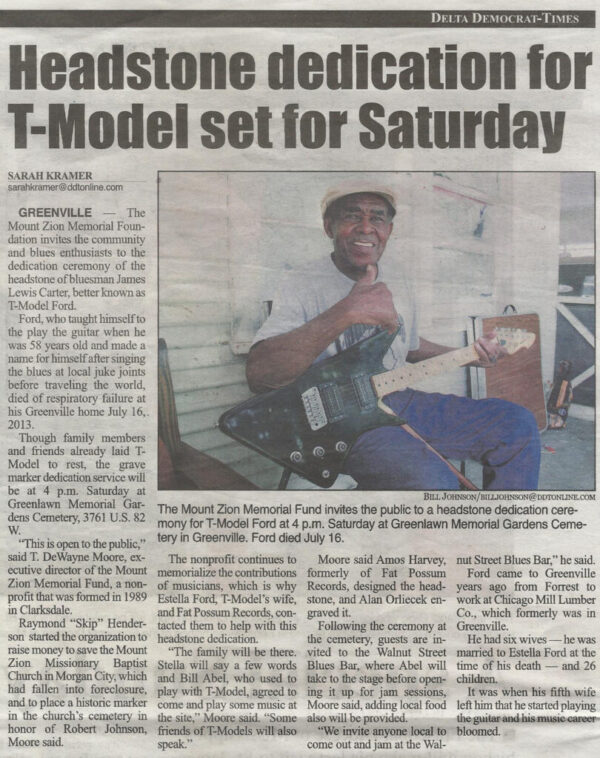 Fat Possum Records announced that Ford died at home in Greenville of respiratory failure after a prolonged illness on Tuesday, July 16, 2013. Immediately following his death, his wife Estella Ford started to solicit donations to pay for the blues singer’s funeral. Amos Harvey, of Fat Possum, stepped up to help cover the costs of the visitation at Redmond Funeral Home on North Broadway Street in Greenville, and friends and admirers of the blues musician held fundraisers at the Walnut St. Blues Bar in Greenville and the North Mississippi Hill Country Picnic. Immediately following the visitation on the afternoon of July 26, his wife organized a fundraising event at the Ford’s home at 216 North Delta Street. The funeral service for James Lewis Carter “T-Model” Ford was held at the Washington County Convention Center on Saturday July 27, starting at 11:00 a.m. Musician and songwriter Robert Mortimer, Jr., who co-owned Mortimer Funeral Home and managed Green Lawn Memorial Gardens Cemetery, donated the burial plot and vault for the local blues singer in the newly named “Legends” section of the burial ground, which is located on Highway 82 West in Greenville, Mississippi.[17]

The Mt. Zion Memorial Fund, on behalf of Estella Ford and Fat Possum Records, dedicated the headstone of Ford at Green Lawn Memorial Gardens in Greenville at four o’clock on Saturday afternoon, May 31, 2014. The flat granite marker, which bears an engraving of the Peavey electric guitar known as Black Nanny, was conceived by Amos Harvey, formerly of Fat Possum Records, who delivered the eulogy at the dedication ceremony. His vision was etched in stone by Arcola-native Alan Orlicek—also in attendance at the event. 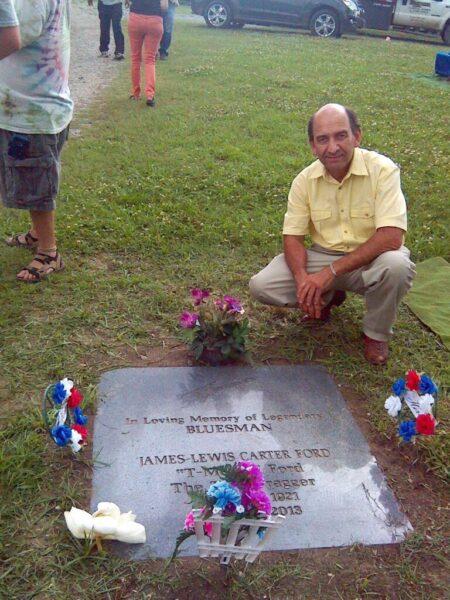 Alan Orlicek at the Dedication

Despite the presence of threatening storm clouds on the horizon, the heat of the early summer sun blessed his widow, Estella Ford, other family members, and the small crowd of perhaps fifty people who turned out to pay their final respects at the graveside ceremony.  The highlights of the hour-long ceremony were the musical performance of Belzoni-native Bill Abel, a frequent playing partner of Ford’s, who powered his amplifier with a car battery to go electric at the gravesite, and the surprise appearance of Reverend James Ratliff, pastor of the Mt. Zion Missionary Baptist Church in Morgan City, the site of Robert Johnson cenotaph.  Having delivered sermons at several headstone dedications in the nineties, Rev. Ratliff showed up unannounced at the graveside service, surprising his longtime friend and MZMF founder Skip Henderson, who took the opportunity to reminisce about the organization’s earliest days and emphasize the broader mission of the MZMF beyond the blues, beyond ribbon cuttings and ceremonial pleasantries.

By seeking out endangered historical sites and installing “permanent” testaments to the significant achievements of African Americans, particularly in regards to the cultural impact on popular music, the monuments of the MZMF stand in bold contrast to other, more prominently displayed symbols of the Lost Cause.