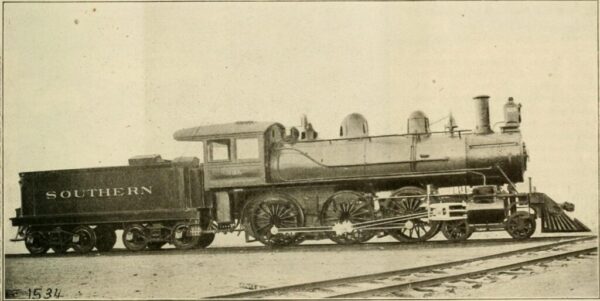 On September 1, 1902, an excursion train specifically marketed to the African American population set off from the depot in Greenville, deep in the heart of the Mississippi Delta at 4:35 am on a warm, dusty Monday morning. Churning and burning across the state, the passengers were mostly headed to Birmingham, Alabama for a day of entertainment in the “big city.”

The Southern Railway locomotive stopped to pick up riders in Indianola, Itta Bena, Moorhead, Greenwood, Carrollton, Winona, Eupora, and West Point. By the time the train eventually reached the city of Columbus on the eastern end of the state, the passenger train was packed full. 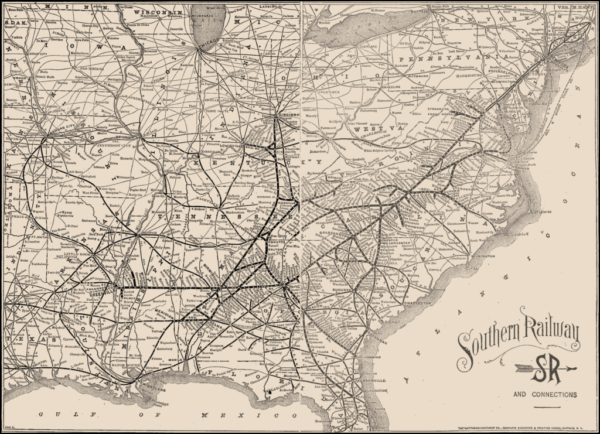 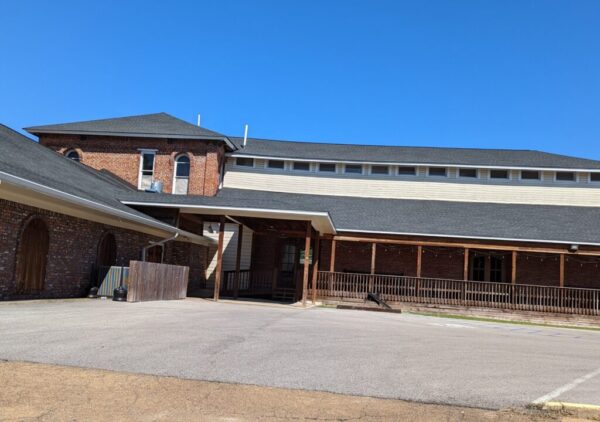 With so many ticket holders waiting at the Columbus depot, the engineer decided to attach more cars to the locomotive. While the train planned to depart the Columbus station at 10:45 AM with eight cars of excited revelers, it took a while to add the extra two cars.

Making Up for Lost Time

A few hours late, all ten cars left the station filled with people and picnic hampers. Since the Southern Railroad prided themselves on having prompt and timely service, the engineers made a bold decision. Normally, the trains maintained a maximum speed in the open countryside of twenty five miles per hour. On this day, however, the train was running behind, and he stoked the engine fires as the train passed over the flat farmland of eastern Lowndes County and crossed into Alabama’s rolling piney hills. To make up for lost time, he got the train up to thirty miles an hour by the time he reached the great bend east of Berry, Alabama. 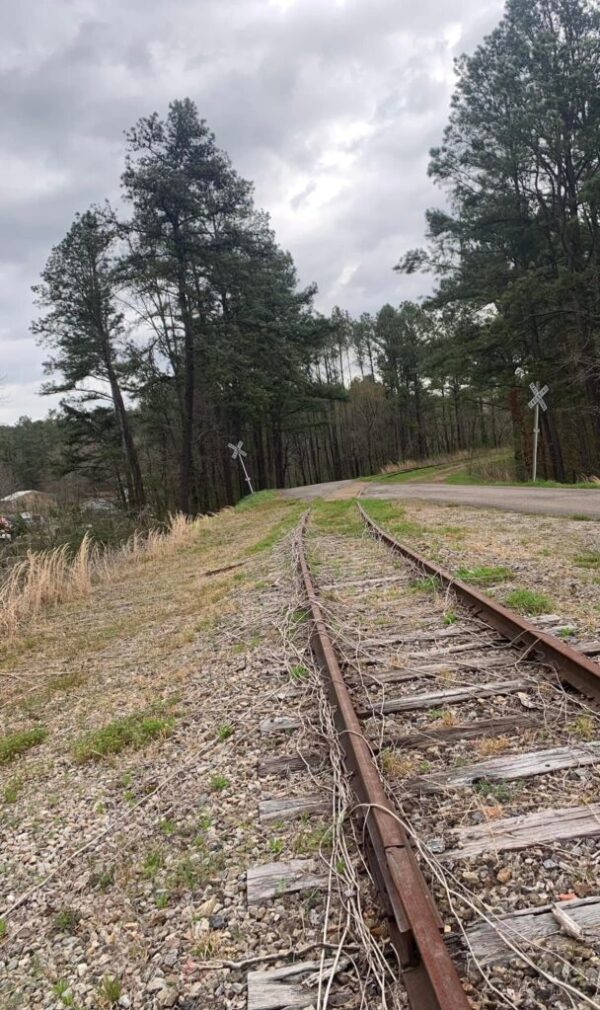 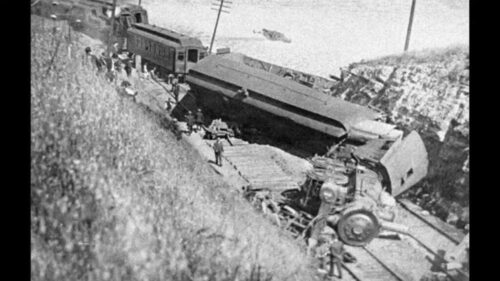 Too Fast Into the Bend

Hotter and hotter, faster and faster, the train reached thirty miles an hour, pushing the limits of physical capability. Indeed, the train could not hold onto the tracks in the sweeping, almost forty-five degree curve. The engine tender and four cars broke apart from the remaining six cars, departed the track, and tumbled down into the steep ravine before tumbling to the bottom 60 feet below.

News of the Wreck

News of the wreck was sent back to Columbus and each of the stations where the riders had embarked. People rushed to the stations for any news about their loved ones. It would be days before they learned who had lived and died. While they waited into the evening, the Southern Railroad corporate officers began working behind the scenes to mitigate any bad press about the disaster. General Manager J. E. Dodson rushed to a local funeral home to buy 21 pine boxes for the dead excursionists, and he had them laid out on the platform to receive the dead. They called in two claims agents (Wylie and Fulgham) from neighboring service lines to come counsel the families of the dead and injured on settlements. Cash Mosby, an African American business leader, who had organized the excursion was also on hand to counsel the families. It is interesting to note is that Mr. M. P. Feazell had previously been a dispatcher with the Southern Railroad, but he had recently become employed by the Penn Life Insurance Company. 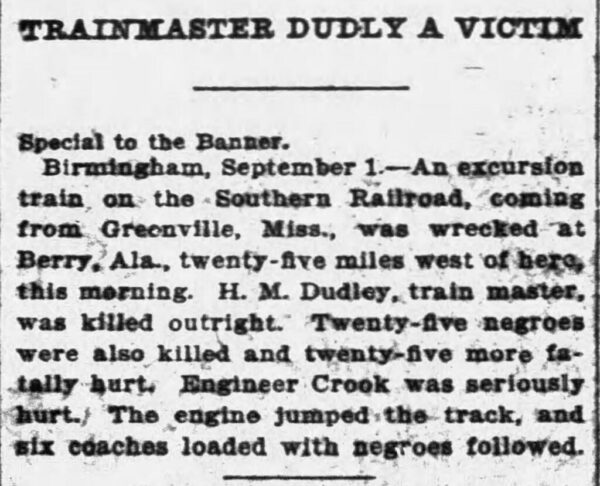 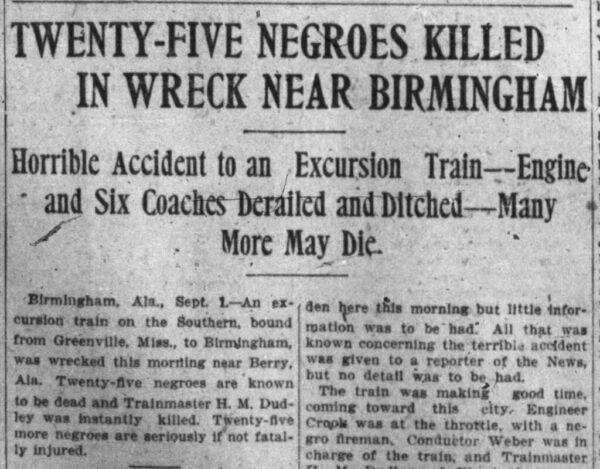 The train master H. M. Dudley, of Birmingham, and the engineer J. W. Crook were killed along with 21 passengers. Most of the dead and injured were in the first two cars, which had been added in Columbus. There were scores of injured, some seriously with broken bones, cuts, and burns. The cars pinned many of the dead, dying, and injured as they lie there waiting for help to arrive in the form of a wrecker train from Birmingham.

The local judge and his clerk were pulled from their beds to meet the train and the families of the dead so that a list could be made and probate started (see the list below) The Southern Railroad awarded $500 to the family of each person who died, and the money was split among their heirs. The probates were all completed in less than two weeks. Additional monies ($250-$500) were awarded to the 81 injured, 45 of whom were from Columbus. 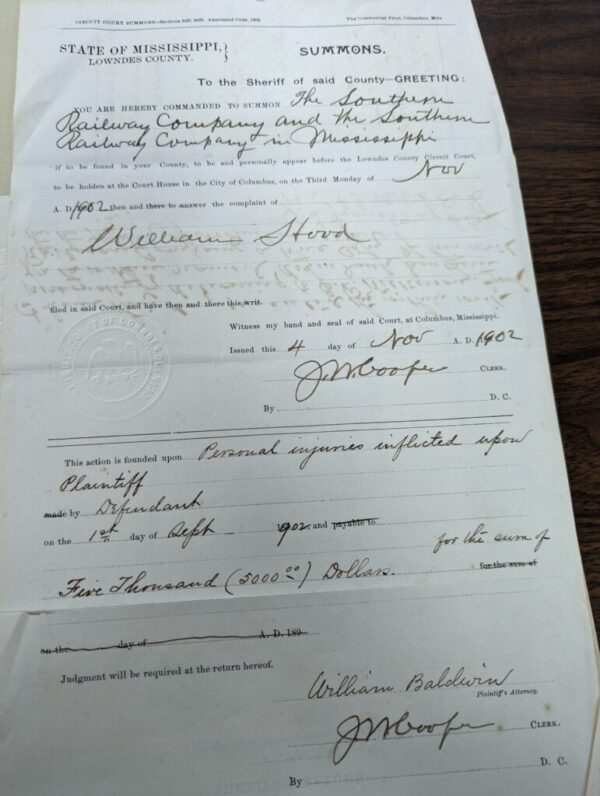 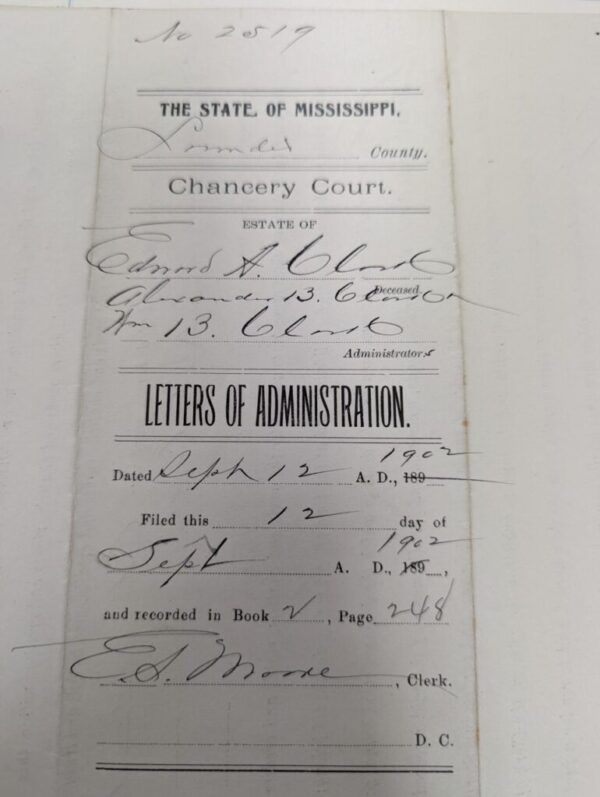 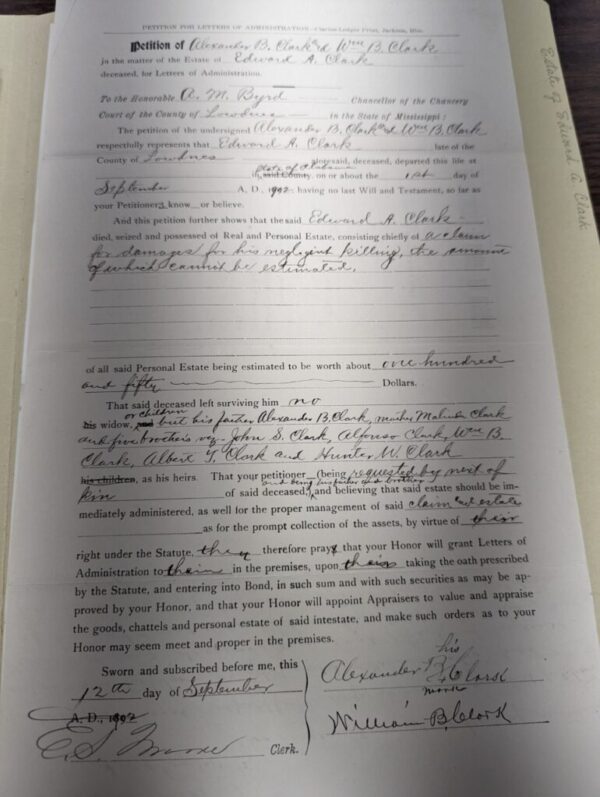