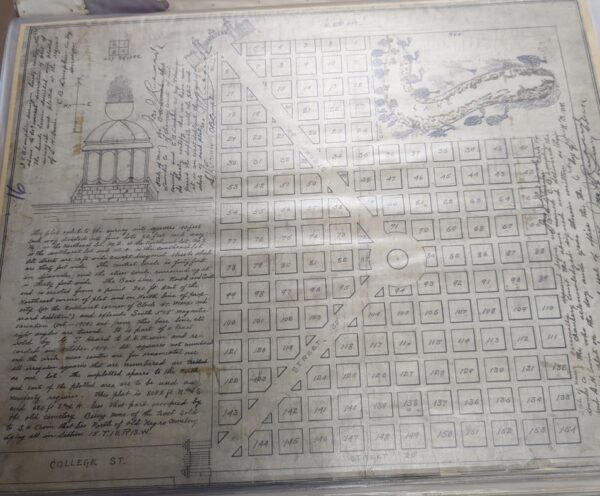 Sandfield Cemetery is the oldest burial ground specifically designated for African Americans in the city of Columbus, Mississippi. In 1854, a mysterious figure named S. H. Ervin filed an elaborate design for a burial ground at the Lowndes County Courthouse. The original plans for the cemetery covered a parcel west of the Luxapillila River, with the northern border at Tuscaloosa Road (now US 82) and the southern border at 2nd avenue south (College Street).

The original design spanned sixteen city blocks and contained a green belt of 154 large plots, which held up to 10-12 graves each. The proposed entrance included two grand brick and wrought iron gates, and the plan included fencing along the perimeter of the plots–similar to the predominantly white Friendship Cemetery. The original plan also included a large concentric ring in the center of the grounds with a gazebo made of marble acting as a hub to two “spoke” cobbled roads. 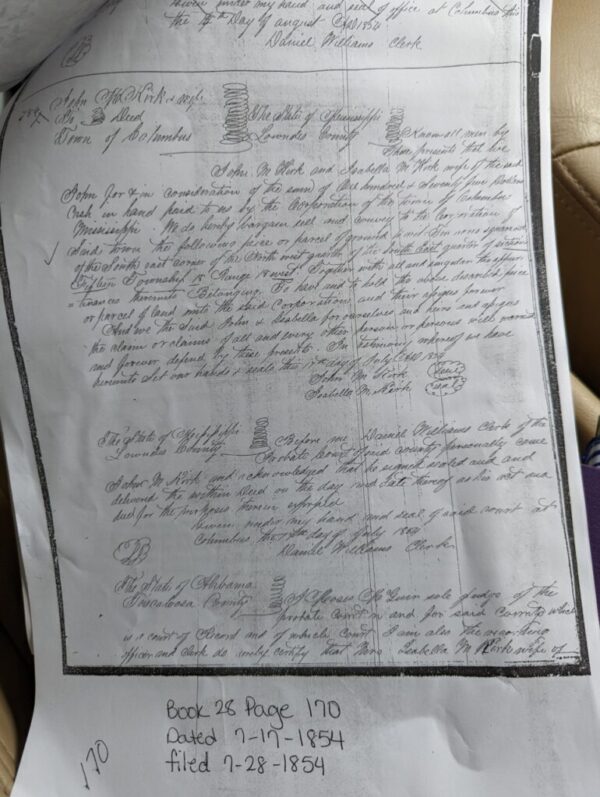 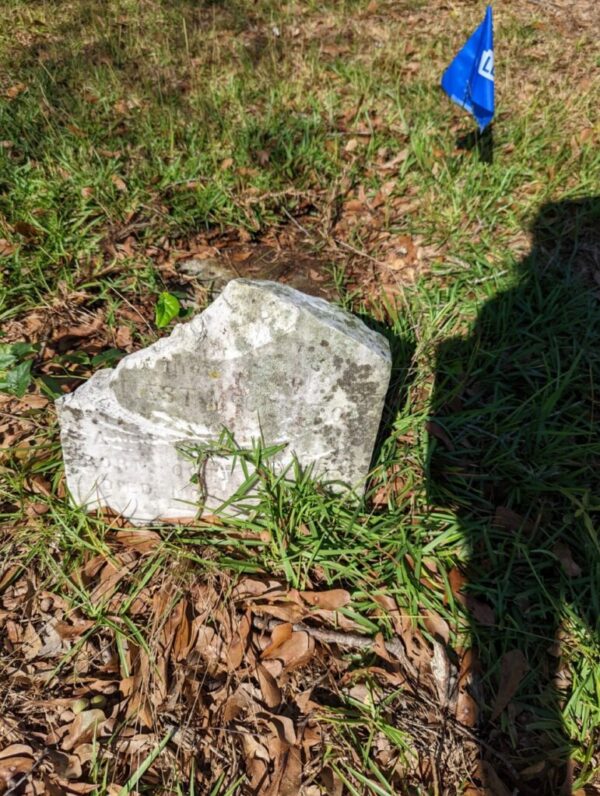 The original grand design, however, was never realized. The cemetery that came about only covered about 10 acres. It featured no gazebo, and it also had no wrought iron gates, but it did contain two spoke roads. Sandfield Cemetery has been owned by the city since 1855.

The site fell into disrepair in the 1960s and 70s. Many descendants of the people buried in the cemetery moved away from the city. Lots of history about the African American community that once existed around Sandfield Cemetery is lost. Some of the gravesites’ headstones are lost, destroyed, or are lost to encroachment by neighboring businesses.

Indeed, the city was unclear about ownership of the burial ground for a while, and it was only in recent years that the city attorney and the mayor confirmed their ownership and duty to care for the cemetery. Many local African Americans, including some local funeral homes, believed that it was a pauper’s field for whites, but the pauper’s field for whites is located further north at the current Columbus Police Department’s parking lot. 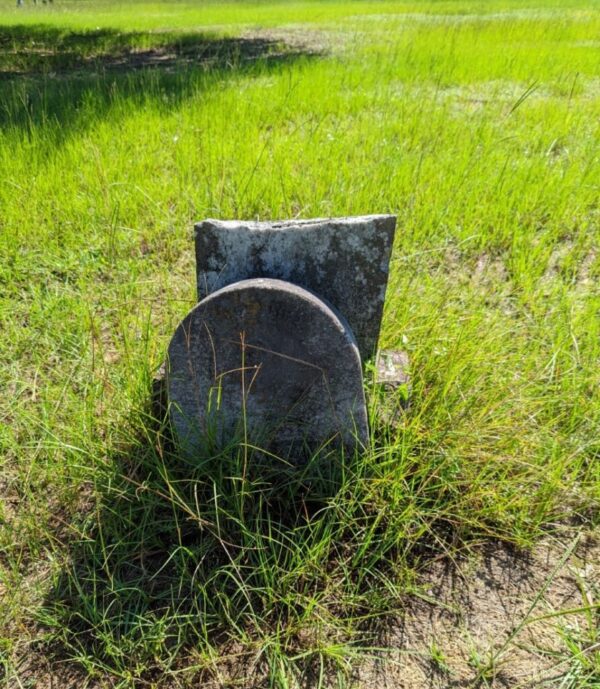 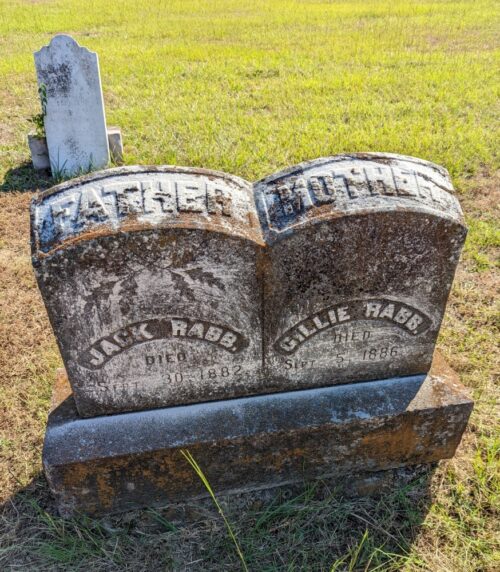 Sandfield is the burial site of many formerly enslaved people and some of Columbus’ key African American figures from Reconstruction and Jim Crow. Some influential leaders include two of the first Black legislators elected in Lowndes County:  Robert Gleed (1870-1876) and Reverend Jesse Freeman Boulden (1870-1871). Others include publisher and business leader Richard D. Littlejohn, business man and entrepreneur Jack Rabb, and educator William Isaac Mitchell (also president of the Penny-Savings Bank, the first African American bank in Lowndes County), and Simon Mitchell who served as a Reconstruction Era Justice of the Peace.

During the summer, MZMF field researcher Shannon Evans spent the better part of the summer cataloging every headstone in Sandfield Cemetery.  She has identified several graves that are now in encroached areas. 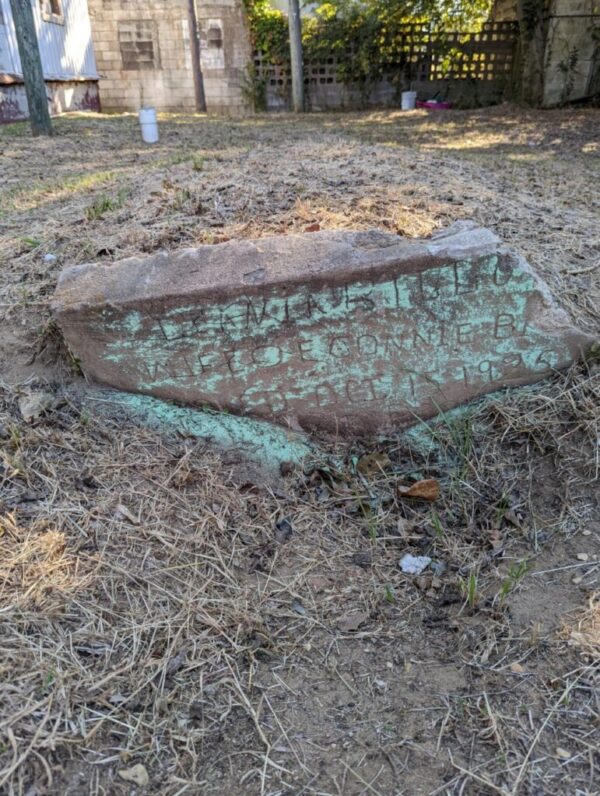 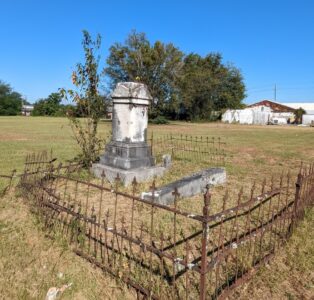 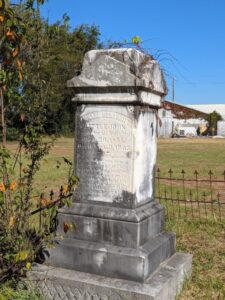 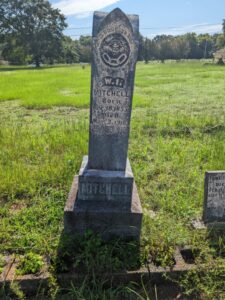 The headstone of Professor William Isaac Mitchell (1855-1915), who taught English and served as principal of the segregated schools in Columbus, MS. 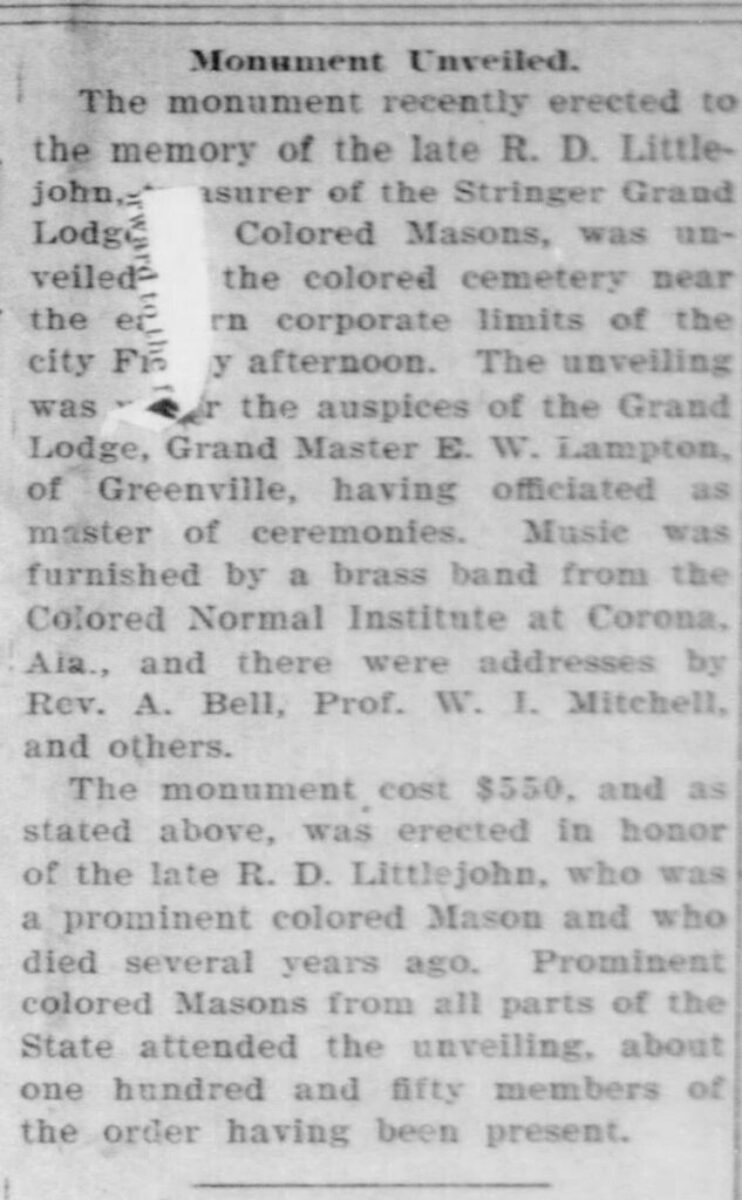