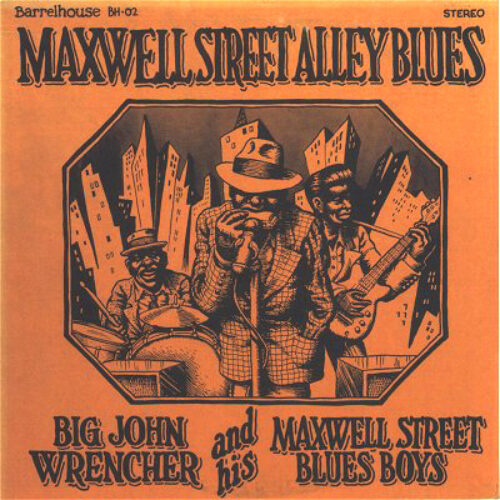 In 1969, Big John Wrencher recorded for Barrelhouse Records, backed by the guitarist Little Buddy Thomas and the drummer Playboy Vinson, who formed his Maxwell Street band. The resulting album, Maxwell Street Alley Blues, is some of his best work ever put to record. Wrencher toured Europe with the Chicago Blues Festival in 1973 and with the American Blues Legends in 1974. On the latter tour, he recorded an album in London for Big Bear Records, backed by the guitarist Eddie Taylor and his band. During a trip to Clarksdale, Mississippi to visit his family in July 1977, Wrencher visited Wade Walton at his barbershop and returned to his father’s house in the 400 block of Bolivar Street, when he experienced a sudden heart attack. He died on July 15, 1977, and he was buried in an unmarked grave in the black section of Shufordville Cemetery. His father’s grave was later marked upon his death in the plot beside his harmonica playing son.

Coahoma County historian and retired firefighter Robert Birdsong also returned to Clarksdale after spending some time out in the world. He joined the fire department, and he also took up the task of searching for the graves of blues musicians, specifically for the grave of the harmonica player who he saw perform in Midtown Memphis. He engaged in a dogged seven-year search for Wrencher’s gravesite, and he eventually found the grave next to that of his father. “I had to ask some neighbors who knew Wrencher [and] where he was buried,” declared Birdsong, who followed an elderly woman to some old burial plots in Shufordville Cemetery in a community that has long since faded from memory. It is located near the small hamlet of Lyon. Birdsong contacted his friend and Coahoma County Coroner Scotty Meredith, who operates a local monument company, and he persuaded Meredith to donate the headstone that marks the grave of Big John Wrencher. 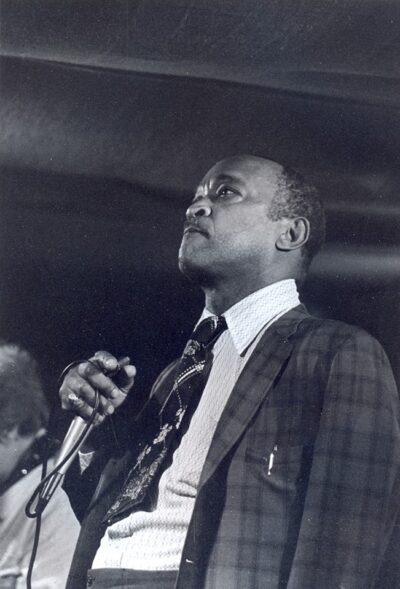 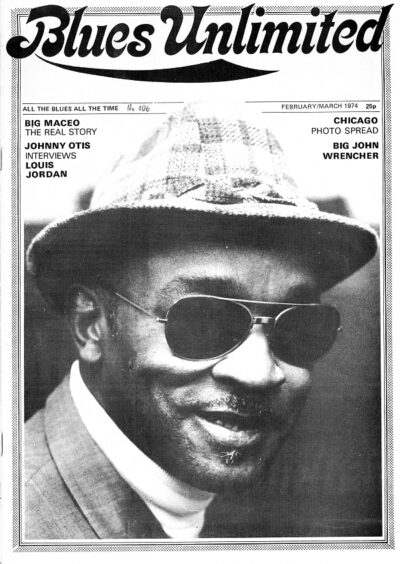 Robert Birdsong once met Big John Wrencher in Midtown Memphis. He was playing harmonica on the street, busking to get up enough money to catch a train to St Louis. Wrencher was headed to Chicago, however, where he plied his talents and made a name over on Maxwell Street–not to mention all the train depots, cafes, and nightclubs from Clarksdale to St. Louis to the fish markets in Chicago that served as the stomping grounds for the one-armed harp player.
Born in Sunflower, Mississippi to Jonah and Henrietta Wrencher, “Big” John Thomas Wrencher developed an interest in music as a child and learned to play the harmonica. By the early 1940s, he had started traveling around Tennessee, Missouri, Indiana, and Illinois. He arrived in Chicago in the mid-1940s and he played at house parties with such musicians as Jimmy Rogers and John Henry Barbee. He later moved to Detroit, where he played with guitarist Baby Boy Warren and eventually formed his own band, which performed in the Detroit area and Clarksdale, Mississippi. 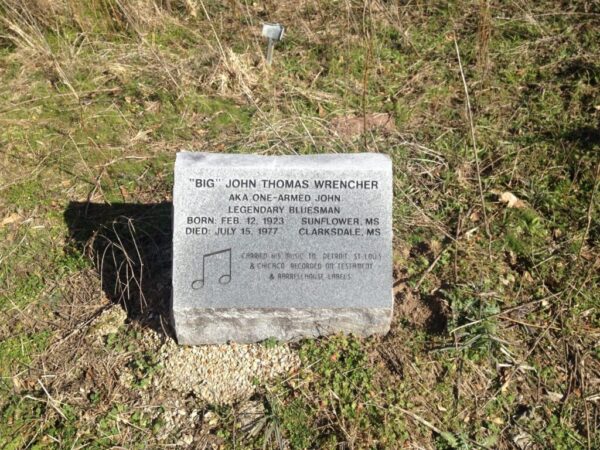 Wrencher later settled in Chicago and became a fixture at the Maxwell Street Market.  In 1964, he appeared in a documentary about the music of Maxwell Street called And This Is Free.  Several recordings from the film were later issued on a three-CD set, And This Is Maxwell Street.  He also recorded for Testament Records, backing up a Delta contemporary who billed himself as Robert Nighthawk (Lee McCollum).  Wrencher was part of the Chicago String Band.
In one interview, Wrencher explained how he lost his arm:

in a car wreck in a little town called Mound Bayou Miss. I was visiting my mother. I drove 700 miles from Chicago. I was okay but on the return, I fell asleep at the wheel. I was playing again the next day though. I never gave up. It cut my arm clean off and left it on the highway. Then I walked 2.5 miles to a girlfriend and picked up my arm and brought it on to Clarksdale. When the ambulance men come with stretchers, I was in bed smoking, so I drove back in front with the guys. I was in a hospital for three days only. For a while, I still had pain at night. As you know, fever rises at night and that’s how it was.