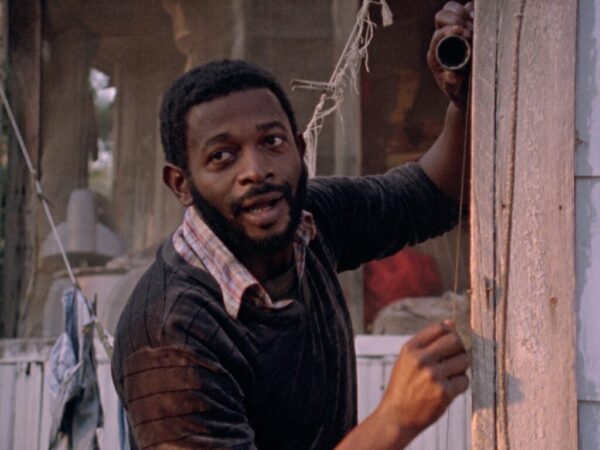 On October 8th, 2000, the Mt. Zion Memorial Fund dedicated the large granite headstone of Lonnie Pitchford at the Newport Baptist Church cemetery in Ebenezer, Mississippi–only a few feet from the headstone of Elmore James. Specially designed with a playable, one-string diddley bow mounted on the side–per the wishes of his family–the funding for the memorial came from John Fogerty and Rooster Blues Records. His death at an early age was a blow to the hearts of many in the Mississippi musical community and the memorial service held on a frosty fall evening was attended by dozens of family, friends, and blues fans. Bill Steber, of the Jake Leg Stompers, can be seen in the introduction photograph playing the diddley bow on the side of the marker.

Lonnie Pitchford was born October 8, 1955 near Lexington, Mississippi. His mother Rosie S. Pitchford had two daughters, Erskine and Brenda, and four more sons named Willie Douglas, Andrew James, Edward Charles and Roosevelt. Raised about five miles outside of Lexington, he made a one-string instrument called the ”diddley bow” at the age of five years old. In the liner notes to the only full length album he ever released, All Around Man, Pitchford talks about his diddley bow:

“When I was five or six, I would make a one-string guitar upside the wall. I would get me some baling wire or wire from a broom that my Mom had discarded, and some old rusty nails – didn’t have new ones – I had to pull them out of the old boards. Then I would pound them into the wall upside the house, wrap the wire at both ends and lay a snuff can under the bottom. Then I’d just go to playing anything that came to mind.” 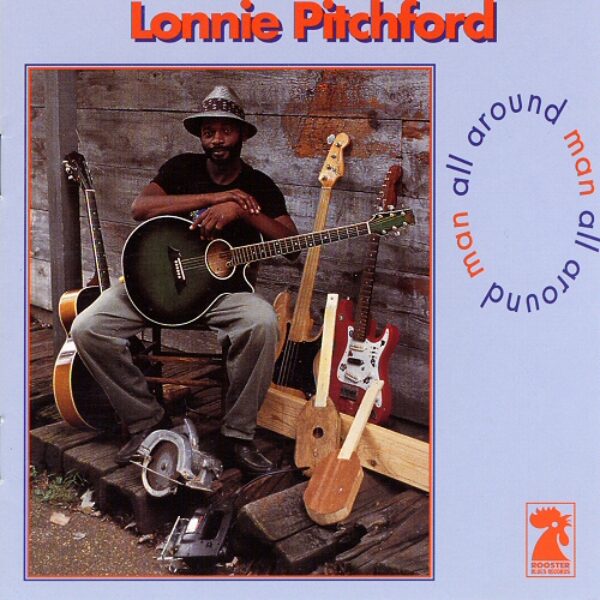 While playing in several bands in his teen years, he learned a host blues songs. He also started singing in different church groups at the age of twelve. In 1971, the fourteen year-old met folklorist and ethnomusicologist Worth Long, who recognized his talent and booked him to perform at the Smithsonian Festival of American Folklife. His warm reception solidified the youngster’s reputation and position alongside some of the living masters.

Lonnie Pitchford learned to play the blues from Eugene Powell, of Greenville, who recorded with Bo Carter, of the Mississippi Sheiks. He also learned Delta blues from Robert Junior Lockwood, whose stepfather was Robert Johnson. In his mid-30s, Lonnie Pitchford toured Australia, Europe, and the United States. Besides singing and making records, he was a gifted musical instrument maker and carpenter, alternating between the two occupations, framing houses and playing at blues festivals across the country. Lonnie Pitchford contributed one or more songs to several compilations and movie soundtracks from 1980 until his death.