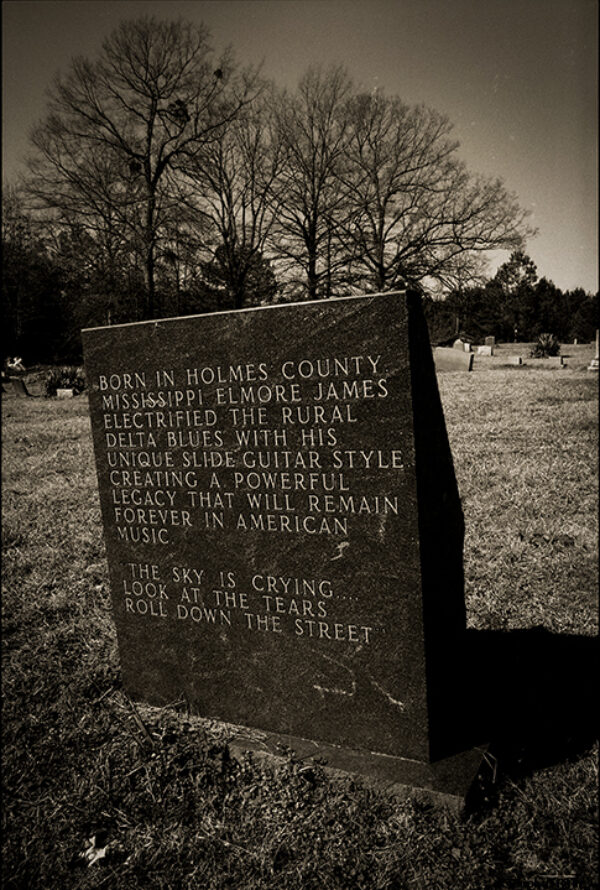 After unveiling an obelisk honoring the late Robert Johnson in Morgan City and dedicating a headstone for Charley Patton in Holly Ridge, the Mt. Zion Memorial Fund installed a headstone on the grave of early blues artist Elmore James at Newport M.B. Church Cemetery in Holmes County. 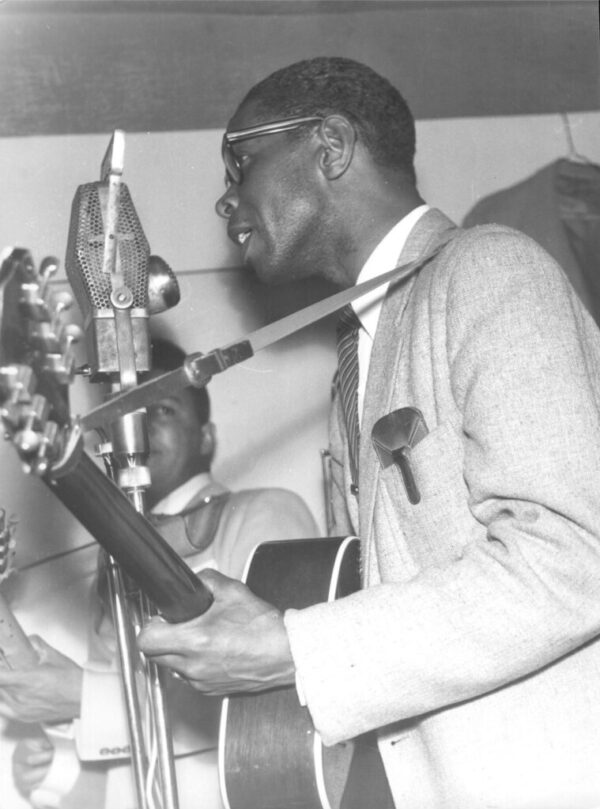 In early September 1991, after reading a Billboard Magazine article about the dedication ceremony for the cenotaph of Robert Johnson in Morgan City, Phil Walden of Capricorn Records contacted Skip Henderson and commissioned a bronze sculpture mounted on a granite headstone through the Mt. Zion Memorial Fund in honor of Elmore James. Dr. Sam Barnes, an orthopedic surgeon and sculptor of Cookeville, Tennessee, conceived of the headstone design and fashioned the bronze likeness of the musician that adorns the specially designed headstone. 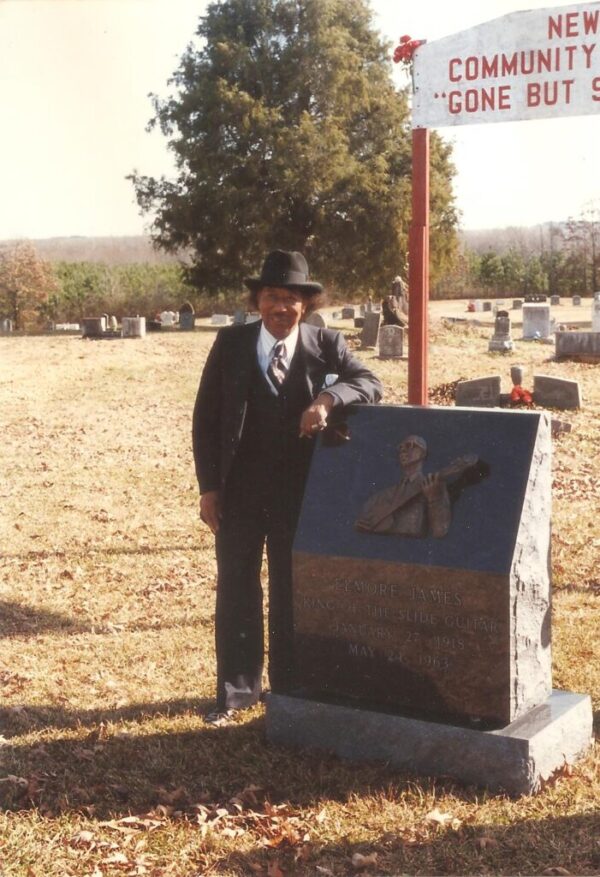 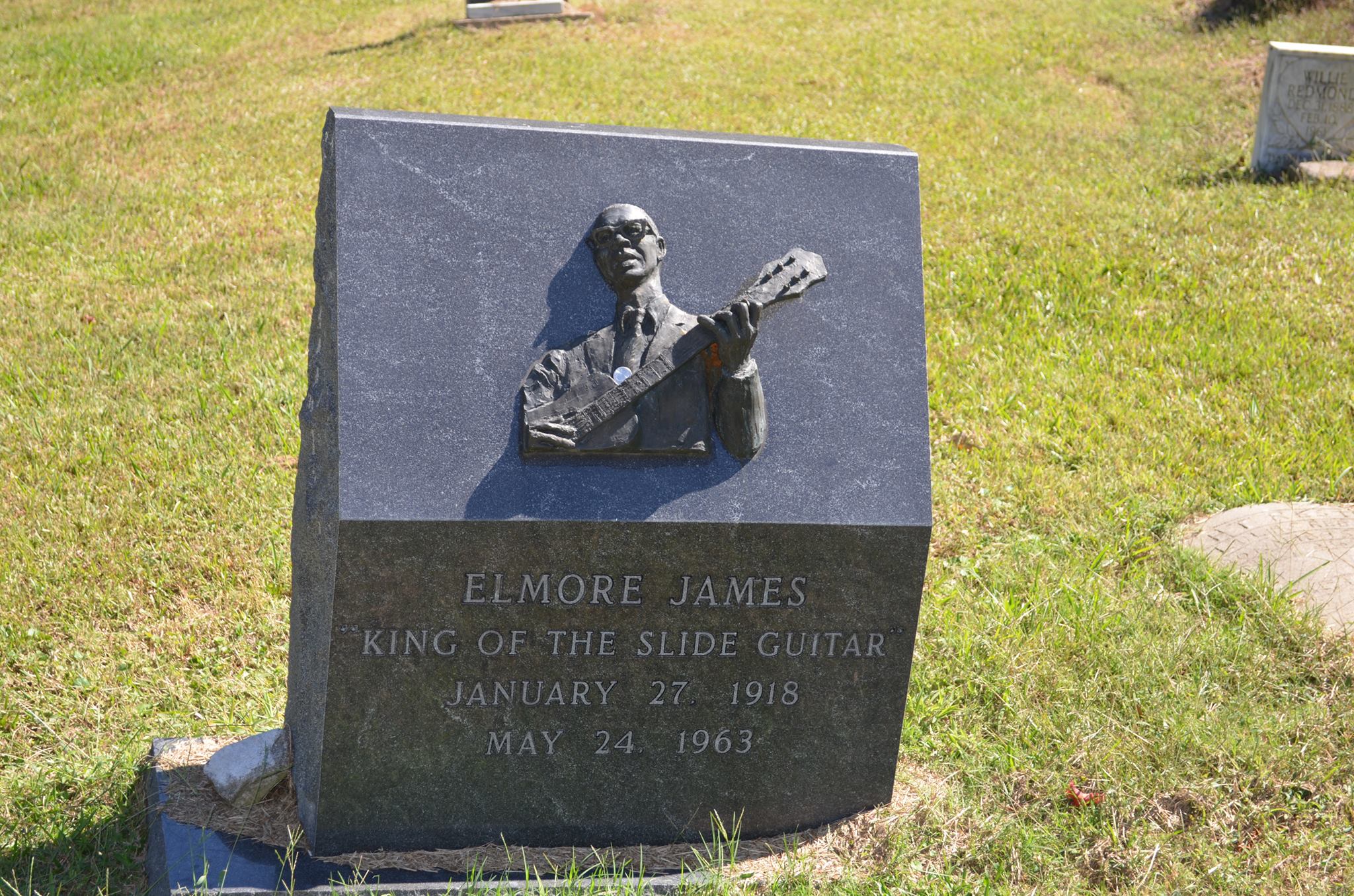 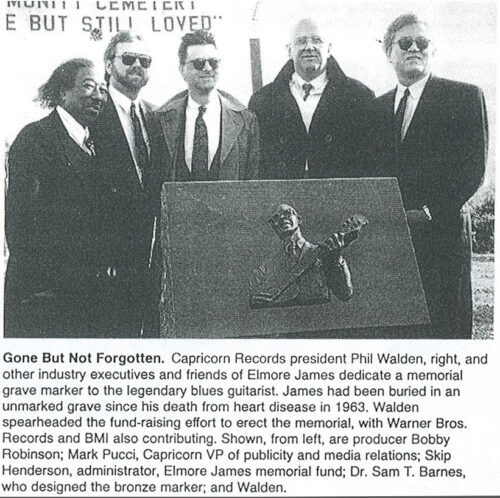 Capricorn Records’ President Phil Walden humorously admitted that his dentist, Dr. Barnes, had suggested the headstone design after administering anesthesia during a dental procedure. “The monument represents not only our sincere respect and love for this man and his music,” Walden declared, “but also the appreciation we feel for the African American culture of the Mississippi Delta [and] I hope by establishing this memorial we will bring national attention to the talents that have come from the state of Mississippi.”

To acknowledge the influence of Elmore James who was seen often with Robert Johnson in the 1920s and Sonny Boy Williamson in the 1930s and to underscore the importance of the event, the Delta Blues Museum continued the observance through Friday with the Elmore James Memorial Open Blues Stage, with Big Jack Johnson opening the entertainment.  A rare evening of unrehearsed and spontaneous good music was enjoyed the next evening at the Delta Blues Museum in Clarksdale, when talented musicians gathered to pay their respects to the late bluesman. Among the musicians performing were C. V. Veal and Big Jack Johnson, who performed a duet of Howlin’ Wolf’s “Smokestack Lightning.” Bobby Little also played keyboard with composer/musician Marshall Crenshaw of Woodstock, N. Y., who accompanied Skip Henderson to Mississippi for the James memorial. 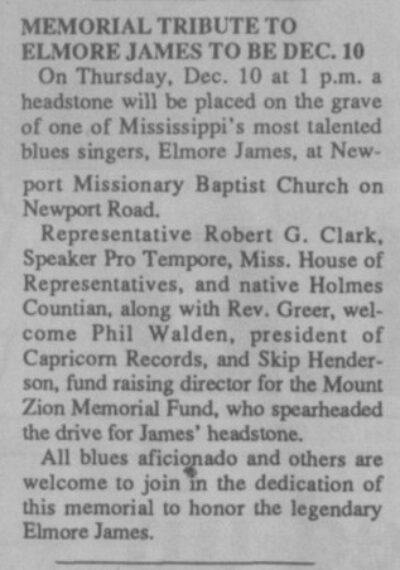 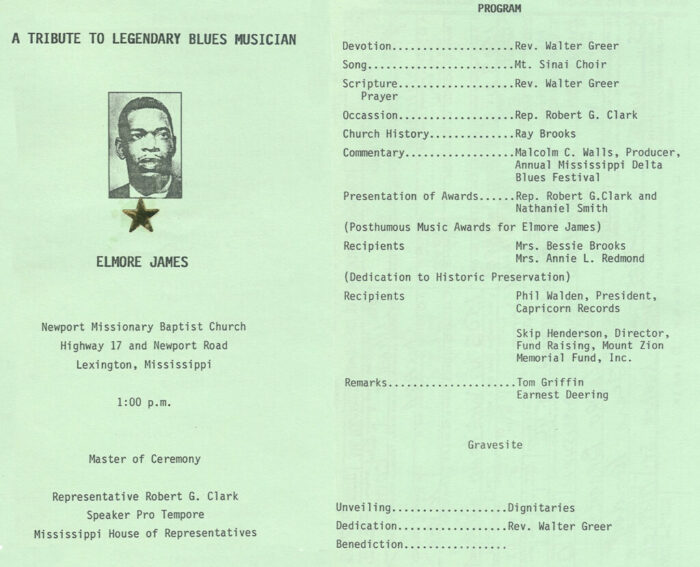 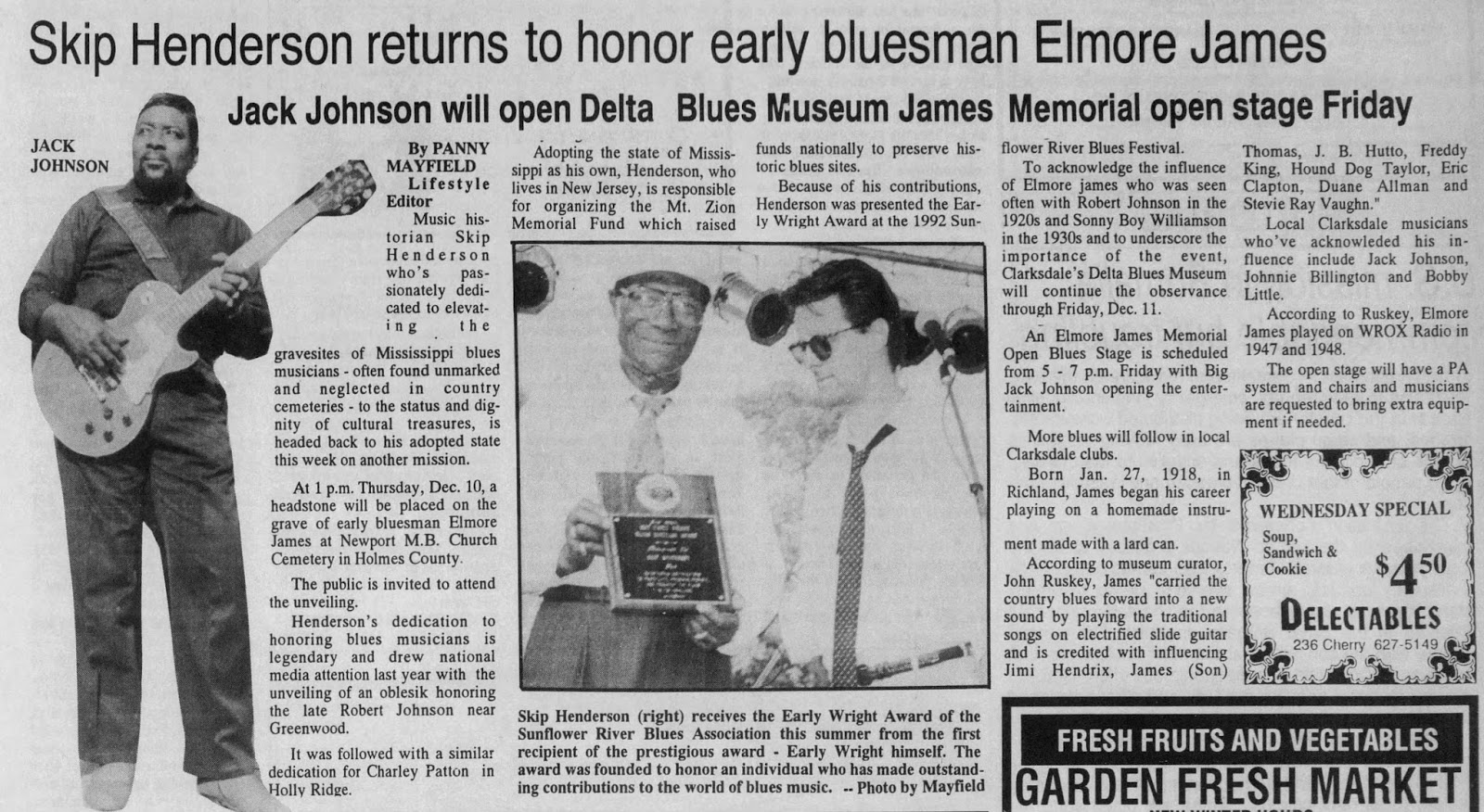 Skip Henderson—who passionate dedication to elevating the gravesites of Mississippi blues musicians, many of which were often found unmarked and neglected in country cemeteries, to the status and dignity of cultural treasures—was the first recipient of the prestigious Early Wright Award earlier in 1992. The award was founded to honor an individual who has made outstanding contributions to the world of blues music. The Clarksdale (MS) Press Register, Dec 8, 1992.
Lonnie Pitchford Memphis Minnie